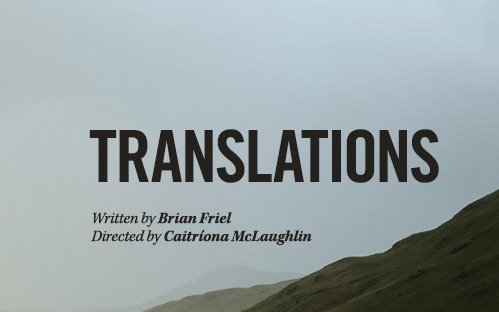 Written by Brian Friel and Directed by Caitríona McLaughlin comes the live show, ‘Translations’, as it takes to the stage at the Town Hall Theatre in Galway from Tuesday 23rd to Saturday 27th August 2022.

It’s August 1833. The pupils have gathered in a hedge-school in the townland of Baile Beag/Ballybeg. This Irish-speaking community in Donegal, has become the unlikely focal point for a changing world. Progress is coming. Tensions are growing. There are plans for a new English-speaking national school and a group of Royal Engineers have arrived to map the area. Translations examines the fractious relationship between people and nations through the lens of language and (mis)communication.

Trad On The Prom