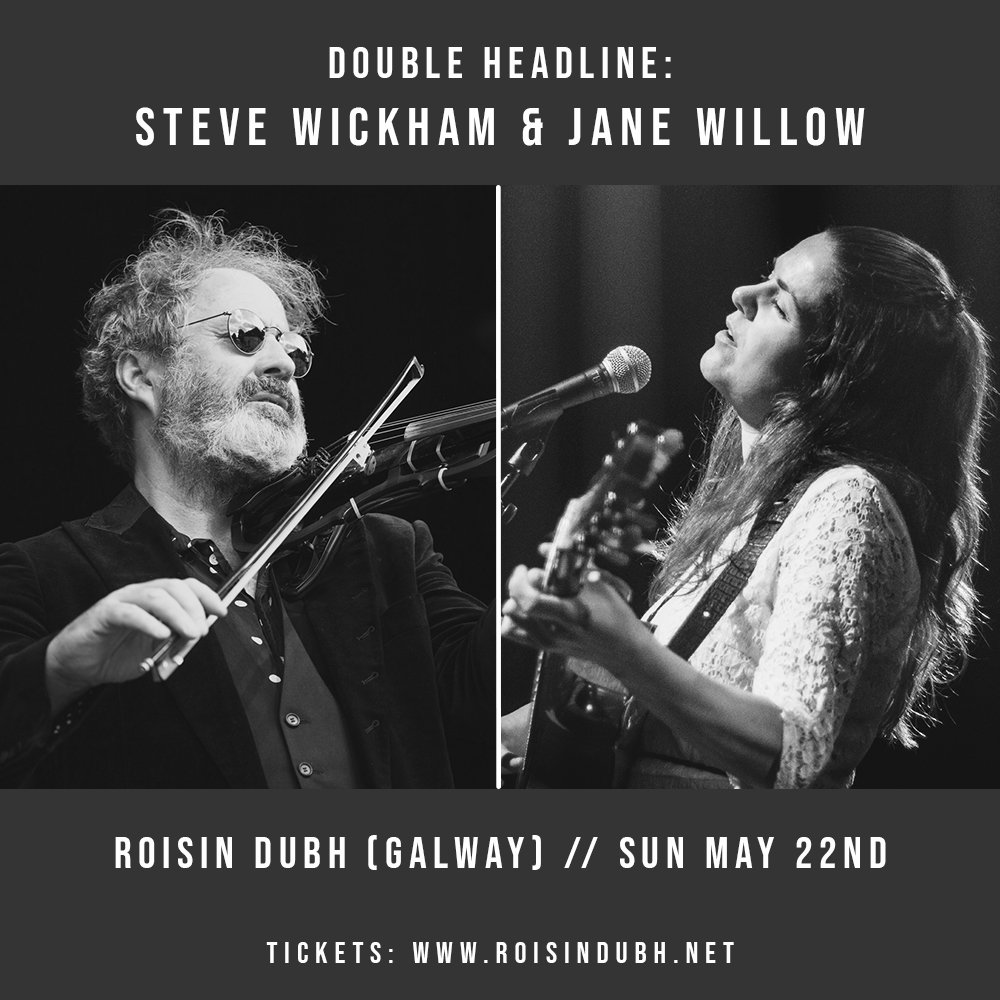 Join the amazing violinist and musician Steve Wickham and singer-songwriter Jane Willow, as they take to the live stage at the Róisín Dubh in Galway on Sunday 22nd May 2022.

This intimate double headline show promises to be an incredible night of music as Jane and Steve play solo sets from their own works. They’ll join towards the end of the concert to play songs together and merge their folk and trad influenced sound.

Steve Wickham, electric violinist, songwriter and composer is an award winning Irish artist. He made his recording debut with U2 on “Sunday Bloody Sunday’ in 1982. His distinctive playing has been a contribution to the Waterboys sound for over 30 years and he has performed with Mike Scott on some of the worlds great stages like the Carnegie Hall in New York, Sydney Opera House and The Royal Albert Hall.