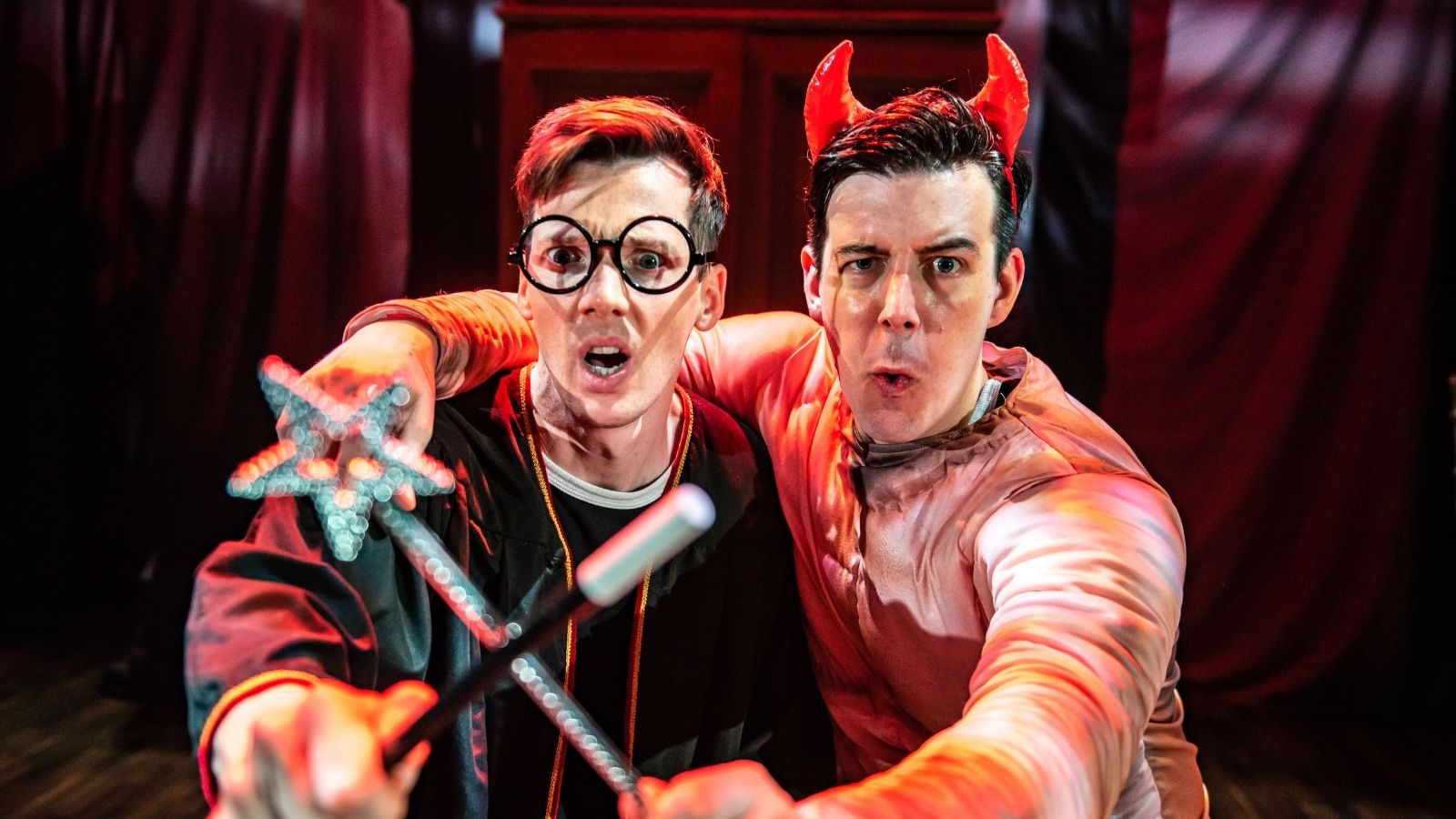 Join in the family fun and see the ‘Potted Potter’ live show, an Unauthorised Harry Experience and Parody by Dan & Jeff, as it takes to the Town Hall Theatre stage in Galway from Thursday 18th to Sunday 21st August 2022.

Playing to sold out audiences all over the world, the Olivier Award nominated Potted Potter – The Unauthorised Harry Experience – A Parody by Dan and Jeff takes on the ultimate challenge of condensing all seven Harry Potter books (and a real life game of Quidditch) into seventy hilarious minutes. Even if you don’t know the difference between a horcrux and a Hufflepuff, Potted Potter will make you roar with laughter. Created by two-time Olivier Award-nominated actors Daniel Clarkson and Jefferson Turner, Potted Potter is perfect for ages six to Dumbledore (who is very old indeed). Be sure to book your tickets early for this one as it’s sure to sell out fast!