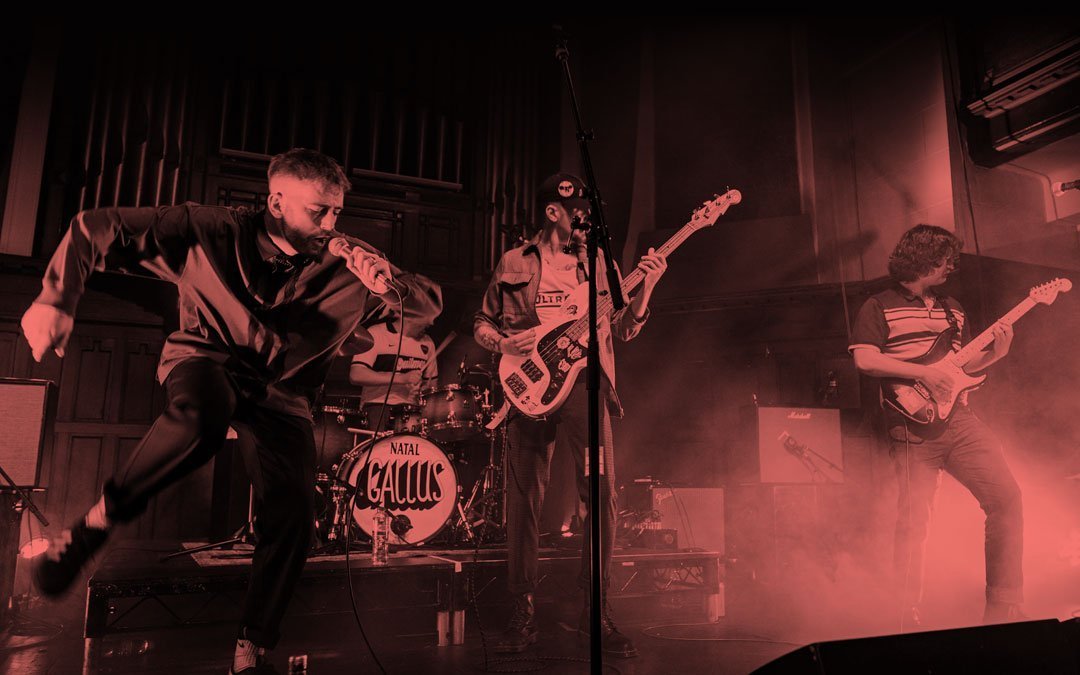 Join the fantastic Scottish band, ‘Gallus’, as they take to the live stage at the Róisín Dubh in Galway on Thursday 22nd September 2022.

From the moment they formed in a pub in Glasgow of the same name, Gallus have been on an unrelenting assault on the country’s fertile music scene. They quickly garnered a reputation as one of the best live acts in Scotland and soon took to filling venues everywhere they went. In the space of 12 months they went from filling a 200 cap to a 600 cap venue in Glasgow’s Tenement Trail Festival. Their notoriety for live exciting live shows also saw them sell out the famous King Tuts and receive a nomination for Best Live Act in the Scottish Alternative Music Awards. However on top of their live prowess, Gallus have been making an impression in the music industry with their varied and adaptable approach to songwriting. Their catalogue stretches across the broad range of punk and post-punk music as they meander into new and exciting musical territory with each release. A live performance you definitely don’t want to miss!