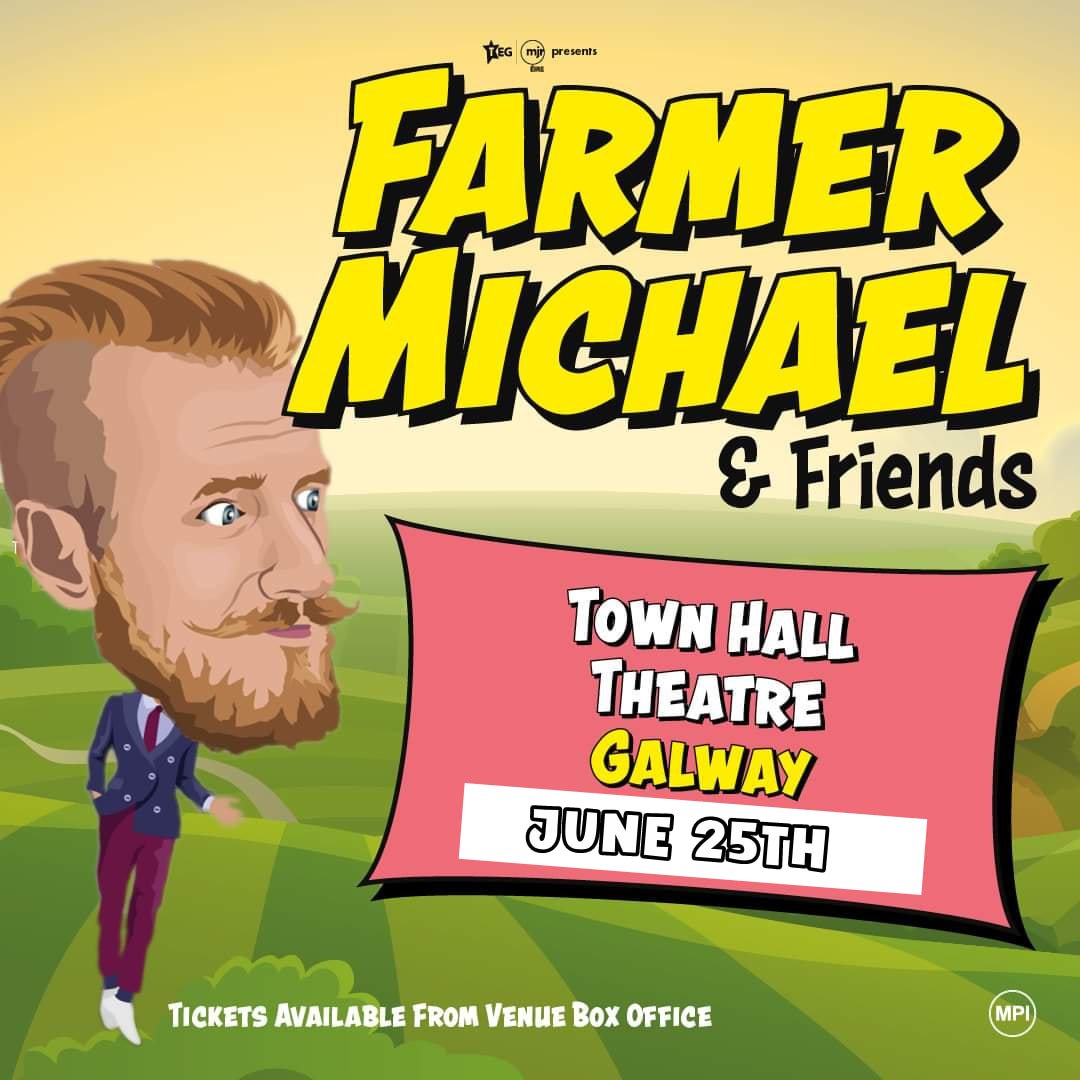 Join the King of farming satire, Farmer Michael as he takes to the live stage at the Town Hall Theatre in Galway on Saturday 25th June 2022.

After six years on the comedy scene, Stevo has gathered a following of over 500,000 people worldwide, and over 100 million views on some of his single sketches. The viral comedy sensation has sold out shows all over Ireland and the UK, along with videos racking up a staggering 90 million views on Youtube and half a billion on Facebook, you may recognise Farmer Michael from various TV networks including CNN, FOX and Sky. So be prepared for belly-aching laughter with Farmer Michael and Friends!