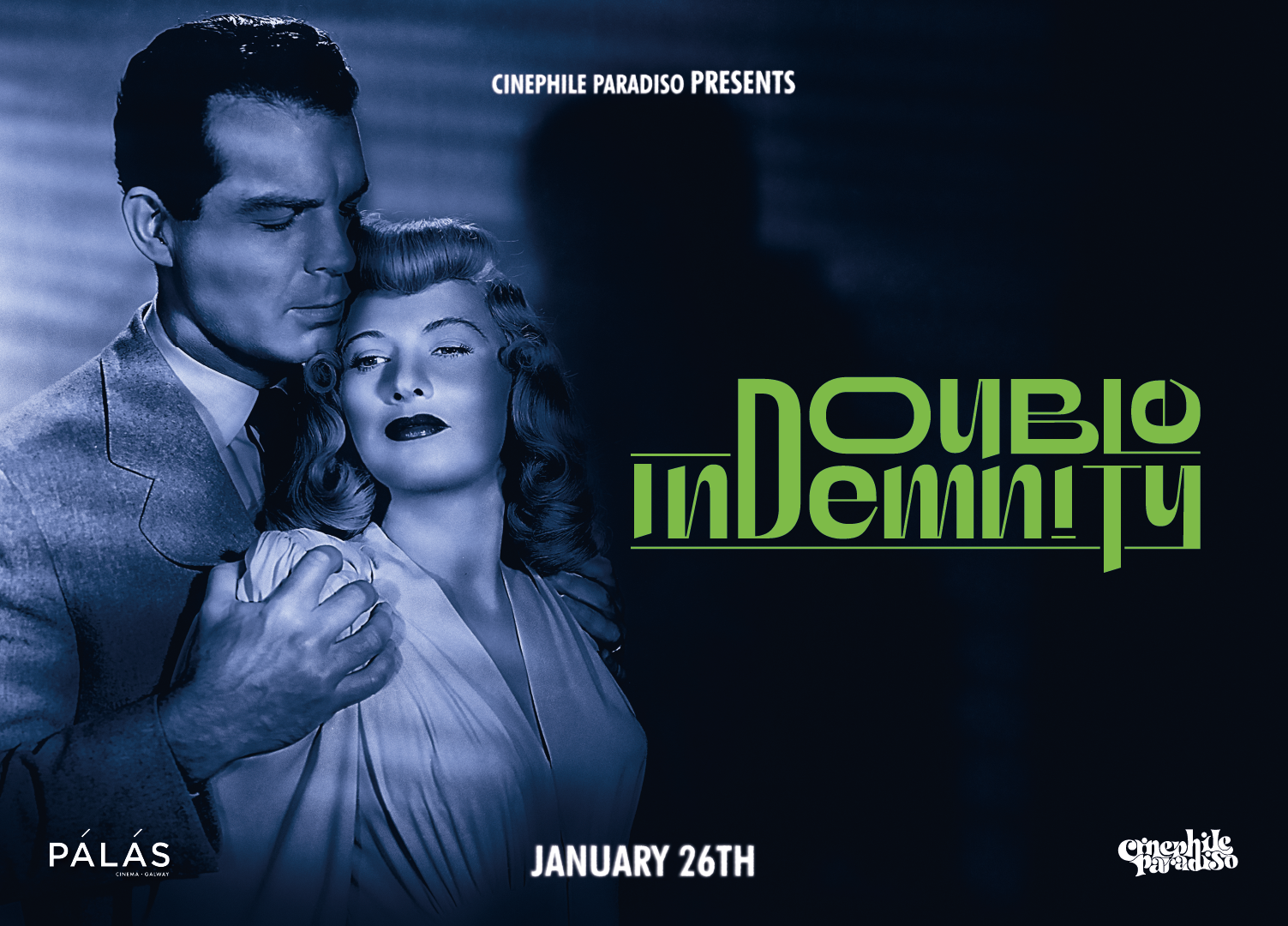 Cinephile Paradiso will be screening and discussing the classic film ‘Double Indemnity’ at the Pálás Cinema in Galway City on Thursday 26th January 2023.

Cinephile Paradiso is a monthly get together where cinephiles or anyone with a slight interest in film can celebrate classic cinema on the big screen! The aim of Cinephile Paradiso is to promote the discussion of cinema and to ask questions like, what is cinema? What do films mean to us, and how has this changed over time? After the screening, you can further join in the discussion hosted by Mikey and Holly, in the bar at the Pálás Cinema.

This January, Cinephile Paradiso invites you to a screening of Billy Wilder’s iconic hardboiled classic, Double Indemnity. Adapted by director Wilder and the icon of crime writing, Raymond Chandler, from James M. Cain’s pulp novel, Double Indemnity is the story of insurance salesman Walter Neff (Fred MacMurray), who is seduced by provocative housewife Phyllis Dietrichson (Barbara Stanwyck), the wife of one of his clients. When Neff is led to believe that she is going to murder her husband, he becomes a willing collaborator, leading to a maze of complications and double-crosses.

Double Indemnity is considered to have set the template for film noir and remains a quintessential movie of its genre. The term “double indemnity” refers to a clause in certain life insurance policies that doubles the payout in cases when the death is accidental. It’s time for dark shadows, fatalism and femme fatales!