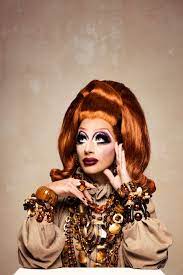 Described as “The Joan Rivers of the Drag World”, join Bianca Del Rio as she takes her tour ‘Unsanitized’ to the live stage at Leisureland in Galway on Wednesday 25th May 2022.

Having sold out her Vicar Street and Ulster Hall appearances instantly when they were announced late last year, comedy queen and RuPaul’s Drag Race champion Bianca Del Rio has announced her Unsanitized Comedy Tour is coming to Galway’s Leisureland. Bianca Del Rio made history on her “It’s Jester Joke” stand-up tour as the first drag queen to headline and sell out Wembley Arena and Carnegie Hall. All along her “Unsanitized” stand-up tour, America’s funniest drag superstar and self-proclaimed “clown in a gown” will bring her snarky frankness, impeccable timing and politically incorrect humour for a comedy show like no other. This is a night, not to be missed, with other event packages also available.